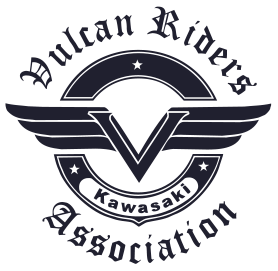 Meetings (or “Meet and Greets”) allow members to get to know one another better. Club business is just the excuse to get together. While it is important for meetings to be productive, it is more important that they are social and enjoyable.

For reference, an example of a meeting is provided below along with the Meeting Agenda,Treasury Report, Membership List / Attendance Record / Sign-in Sheet and Meeting Minutes. These documents are provided as suggested templates to save chapters time. Download them and modify them as your chapter sees fit.

Each chapter President adopts their own style for running a meeting but if you would like to attend a meeting at another chapter, read on. The meeting below is fictional but it is closely modeled on the meetings held by the South Central PA Chapter. They get together on the first Thursday of every month at a Bar & Grille from 7pm-8pm.

Two days before the meeting:

Ryan, the President, emails a meeting reminder to everyone in the club. He then emails the Meeting Agenda to the officers so they can add additional topics or remind him of topics from the last meeting that he missed.

Bob, the Treasurer, emails the Treasury Report to the other officers so the Secretary can copy it into the minutes later.

The day of the meeting:

The officers arrive early enough to greet people when they arrive. The Secretary places theSign-in Sheet near the entrance. The Vice President puts business cards in the middle of each table. Members start arriving around 6pm to order food and socialize before the meeting. Someone passes around photos from last week’s bar-B-Que.

Rick, the Vice President, keeps a lookout for new faces and .makes a point of talking to Todd and Tim since they are still somewhat new to the club. He sees Terry and Cindy arrive who joined several weeks ago. Rick had already emailed them a welcome letter but he gives Terry his membership patch and asks him if he had any problems getting on the forum.

Despite the rain, attendance is high. (This chapter voted to hold meetings in the evening separate from their scheduledÂ  rides). 10-15 minutes before the meeting starts, a volunteer walks around and sells 50/50 tickets to everyone for $1.00 each. Exactly at 7pm, Ryan calls the meeting to order…

NOTE: Side comments and funny quips from other members are a welcome part of any meeting but they have been omitted for the sake of brevity.

Ryan (President)Â Alright people, it’s that time. Thanks everyone for coming.
Welcome New Members
Ryan (President)Â Before we get started, did everyone have a chance to meet Fred? Fred, why don’t stand up and tell us about yourself – Where do you live? What do you ride? What do you do?
Fred introduces himself.
Rick (VP)Â How did you hear about the club?
Fred (Guest)Â Someone left a card on my seat at bike night last month
Ryan (President)Â We’re glad you found us. Welcome to the club Fred. If you decide to join, dues are $25.00 and you can pay Bob here after the meeting.
Approve Minutes
Ryan (President)Â Did everyone get a copy of the minutes from last month?
JerryÂ I didn’t.
Tanya (Secretary)Â Can you check the sign-in sheet before you leave and make sure your email address is correct?
Ryan (President)Â Are there any corrections that need to be made to the minutes?
No answer so minutes are approved
Membership Report
Ryan (President)Â OK…Rick, what’s our membership look like?

On a related note, we just had new business cards printed so if you don’t have one in your wallet, please grab a few from the center of the table. If you run into someone riding a Vulcan, you can just give them our card since it has all of our information on it. Or you can just leave it on their seat like someone did with Fred.

Ryan (President)Â The officers recently had a discussion about that. Once we have around 40 members, the club will make a thousand dollars each year from dues. That should be more than enough to meet our needs. We’d probably be better off putting our efforts into finding new members rather than selling chilli or something. We can discuss it more at the next meeting.

Â 50/50 Drawing
Bob (Treasurer)Â The winner gets $15
The total was $29.00 so $14.00 goes to the club Treasury
50/50 VolunteerÂ Cindy, since you’re our newest member, you can draw the winning ticket. [ Cindy draws a random ticket from a hat ]…..and the winning number is 5â¦4â¦.7.
RoyÂ Woohoo! Right here! [ clapping and fake booing ]
Ryan (President)Â Thanks everyone for coming. We’ll see you on Garyâs ride next Sunday.
Everyone gets up to leave / mingle
Tanya (Secretary)Â Please check your name off on the sign-in sheet before you go.
Rick (VP)Â …and remember to tip your waitress.

Using her notes from the meeting, the Sign-in Sheet, and Bob’s Treasury Report , Tanya writes a summary of the meeting (see below) and emails it to everyone in the club.

When Rick receives the minutes, he sees Fred’s email address and follows up with an email thanking him for coming and asks him if he has any questions.
Page 1:

A simple agenda helps the President keep the meeting on track and avoid forgetting topics. The sample provided below is a suggested list of topics to cover. Be sure to share the agenda with the other officers before the meeting starts so they can add additional items.

When members socialize before the meeting, not everyone is included in the discussion. When an officer overhears an interesting topic being discussed, let the President know so that he or she can bring it up during News/Announcements. This allows the story to be shared with everyone.

NOTE: The topic called Open Floor (News/Announcements) is intended as an opportunity for members to share something personal – a new motorcycle, a new job, a new house, a recent bike trip, a fun weekend or anniversary, etc. One or two personal stories help keep the meetings personal and promotes members getting to know one another better. If no one volunteers, call on someone who is typically quiet and ask them what they did last month.

Below is a plain-text version of the document above.

The Treasurer needs to maintain a General Ledger but the members should be kept aware of the club’s current balance as well as recent income and expenses. Consider using the format below.

This report can be created easily using the template below. Change the Previous Balance amount and replace the amounts and descriptions on the right with the new amounts. (The rest is calculated automatically)

NOTE: Petty Cash is included with the bank balance in the Previous Balance amount.

The Treasurer can either read a summary of the report at the meeting or email it to all of the members prior to the meeting.

At minimum, the minutes should reflect the club’s current balance, however, by emailing the atttached spreadsheet to the Secretary each month, the Secretary can copy and paste the full report into the minutes.

When the Treasury Report is printed (shown below), it includes a notes area at the bottom for recording transactions at the meeting. (When several people are trying to buy T-shirts and pay dues at once, it’s easy to lose track of who paid how much for what).

The minutes are used as a record of decisions made by the club. They also serve as a record of the club’s Treasury and expenditures, membership growth, meeting attendance, committee members, scheduled rides, etc.

After each meeting, the Secretary should write a brief summary about what was discussed and send it to everyone in the club. The sample below can be downloaded and used as template for your chapter’s minutes.

So long as the minutes achieve the goals listed above, each Secretary should feel free to modify the format and write the minutes in their own style.

Member attendance is shown on Page 2 of the minutes (below). See the “Member List” tab for more information.

Each officer should maintain a copy of the club’s previous minutes and add the minutes that are emailed each month. Maintaining multiple copies will protect against potential loss from viruses and hard drive failure.

In the template provided, the last page of the minutes serves as a current membership list, a record of attendance, and as a sign-in sheet at the meetings.

Before each meeting, print out the member list from the previous month’s minutes and use it at the meeting as a sign-in sheet. There are several advantages to using this format:

As an alternative to managing the membership list using a table in Microsoft Word, a spreadsheet has also been provided. When printed (shown below), it can also be used as a sign-in sheet.